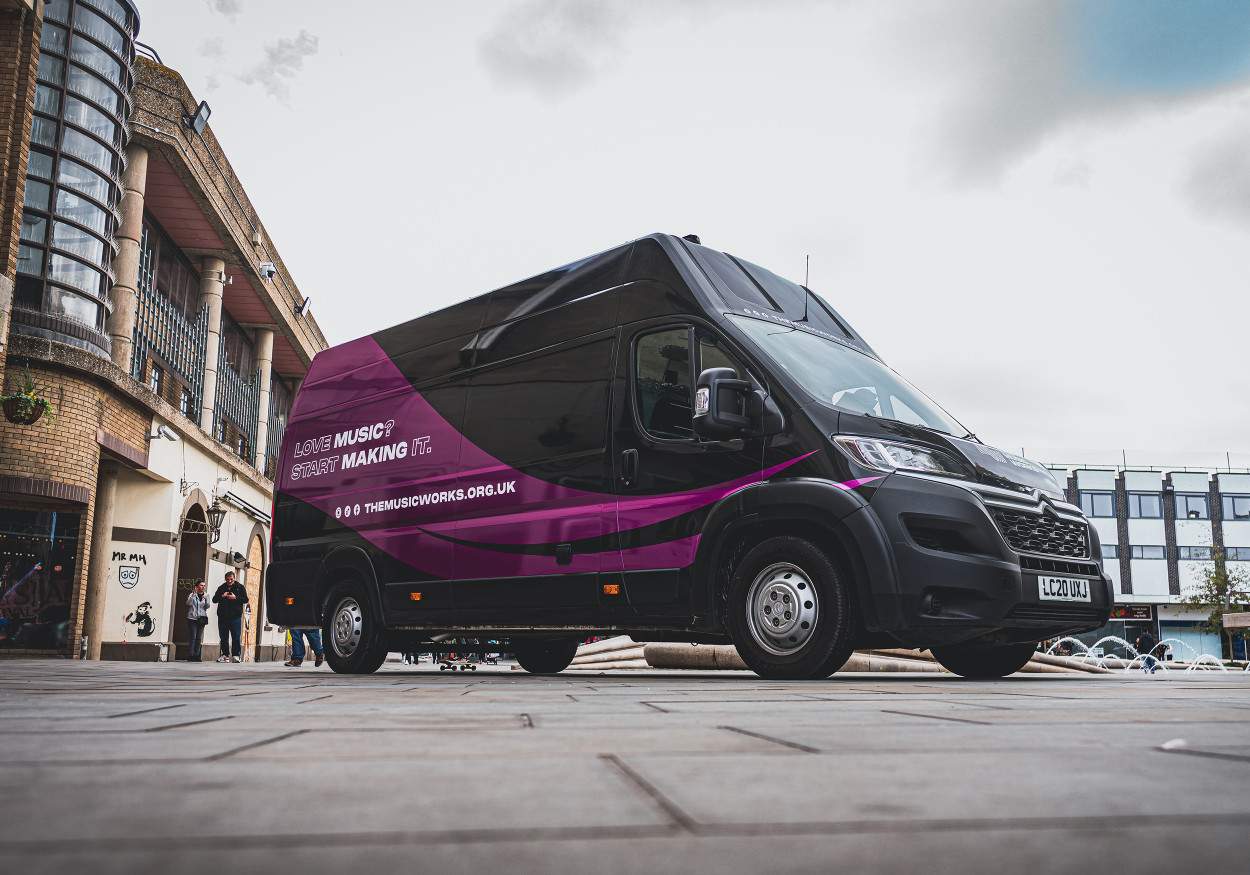 Sponsored by Genelec, new mobile recording studio will be able to reach the most disadvantaged seeking to improve their lives through music-making.

Genelec has helped award-winning charity The Music Works launch their latest initiative, a mobile recording studio called the Music Bus – a state-of-the-art studio on wheels which takes the transformative power of music-making to new communities throughout Gloucestershire, giving young people the opportunity to collaborate and learn how to play instruments and write songs together, as well as offering music production and recording skills.

The Music Works is a charity which harnesses the power of making music to connect and engage with young people, nurturing talent across the country and helping disadvantaged and underrepresented young people access the music industry.
The aim of the Music Bus is to bring music to disadvantaged communities within Gloucestershire through facilitated sessions that will empower young people to channel their creativity positively and learn new skills. The charity believes that the Music Bus can ultimately reduce anti-social behaviour incidents in the area by giving young people positive opportunities to take part, and a chance to make the music they love. 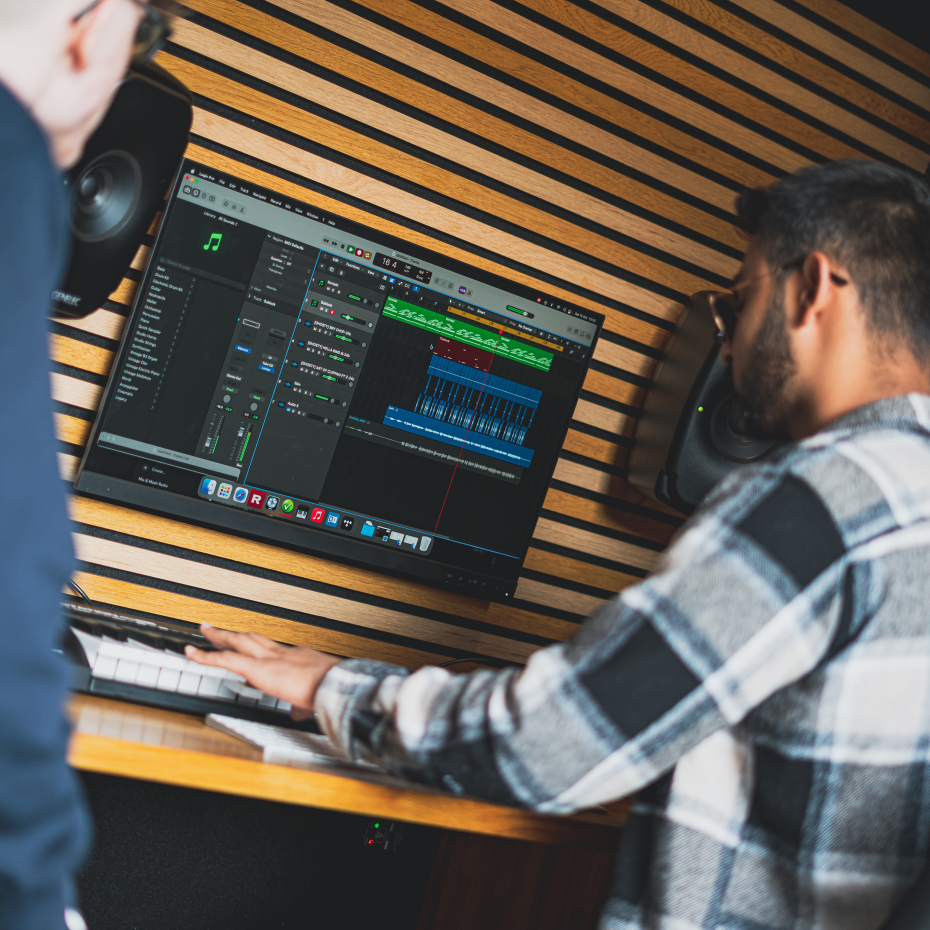 "From having young people piling on to the bus, creating a beat and writing lyrics to seeing the excitement from them, it all just confirms this is going to be a great opportunity for young people to be creative in so many ways. One young person said they ‘couldn’t believe how good the bus sounds!’" says Mikel Medley, Youth Support Manager at The Music Works after a pilot session with the Music Bus at the Opportunity Fair, Gloucester Academy School.

One of the barriers that young people face in Gloucestershire is travel from suburban areas into the major towns and cities where there are more opportunities to access music. The Music Works’ educational team already work throughout the county in schools during term-time, but there are many opportunities to support young people with activities outside of school in their own community and out of term; this is where the Music Bus will make a real difference.

The Music Works is grateful for the generous support from several organisations that have made the Music Bus possible, including high profile sponsorship from industry leaders Genelec, whose studio monitors are relied on by many of the finest artists and recording studios in the world. Genelec monitors are already a key part of The Music Works facility in Gloucester, and now the new Music Bus features Genelec’s highly respected ‘The Ones’ models, whose accuracy is renowned for fuelling creativity and bringing out the very best in musicians and recording engineers alike. 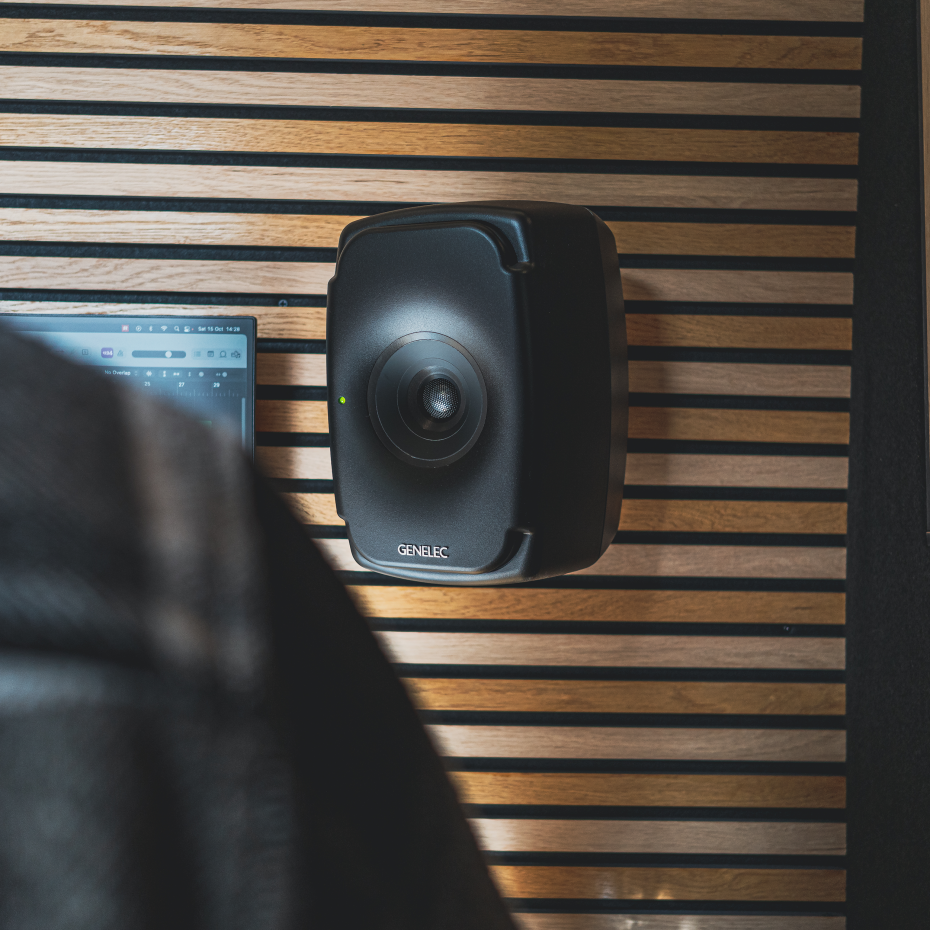 “We have a long history of supporting organisations that are dedicated to educating and nurturing the next generation of music makers,” comments Andy Bensley, Genelec’s UK Business Development Manager. “The Music Works commitment to empower, unite and inspire young people through music is astonishing. We are thrilled to be part of the next chapter that will see their valuable work reaching the wider community.”

The Music Works engages over 3,000 young people a year, in schools and community rehearsal spaces in Gloucester, Stroud, and the Forest of Dean, doing everything from helping young people get started in music, to supporting emerging artists and running festivals and events.