German students get hands-on with the latest recording techniques.

The Technische Hochschule Lübeck – University of Applied Sciences – has upgraded its recording studio from 5.1 and stereo recording to more object-based immersive mixing, thanks to Genelec Smart Active Monitoring. The facility has been upgraded to provide the university’s students with hands-on experience of the latest recording techniques.

After scanning the market for studio monitors and testing various systems, Genelec’s The Ones three-way monitors were selected for the project primarily for their coaxial design, compact size and impressive sound. The studio now boasts six workstations each with a Dolby Atmos Production Suite for mixing over headphones, plus one workstation with an Avid S6 console, Dolby Atmos Mastering Suite with RMU, and a Genelec monitoring system. This system comprises S360s in the LCR positions, 8351s and 8341s as surrounds and overheads, with 7380 subwoofers delivering low end support.

Genelec speakers have powerful performance, and we are thrilled with the sound! 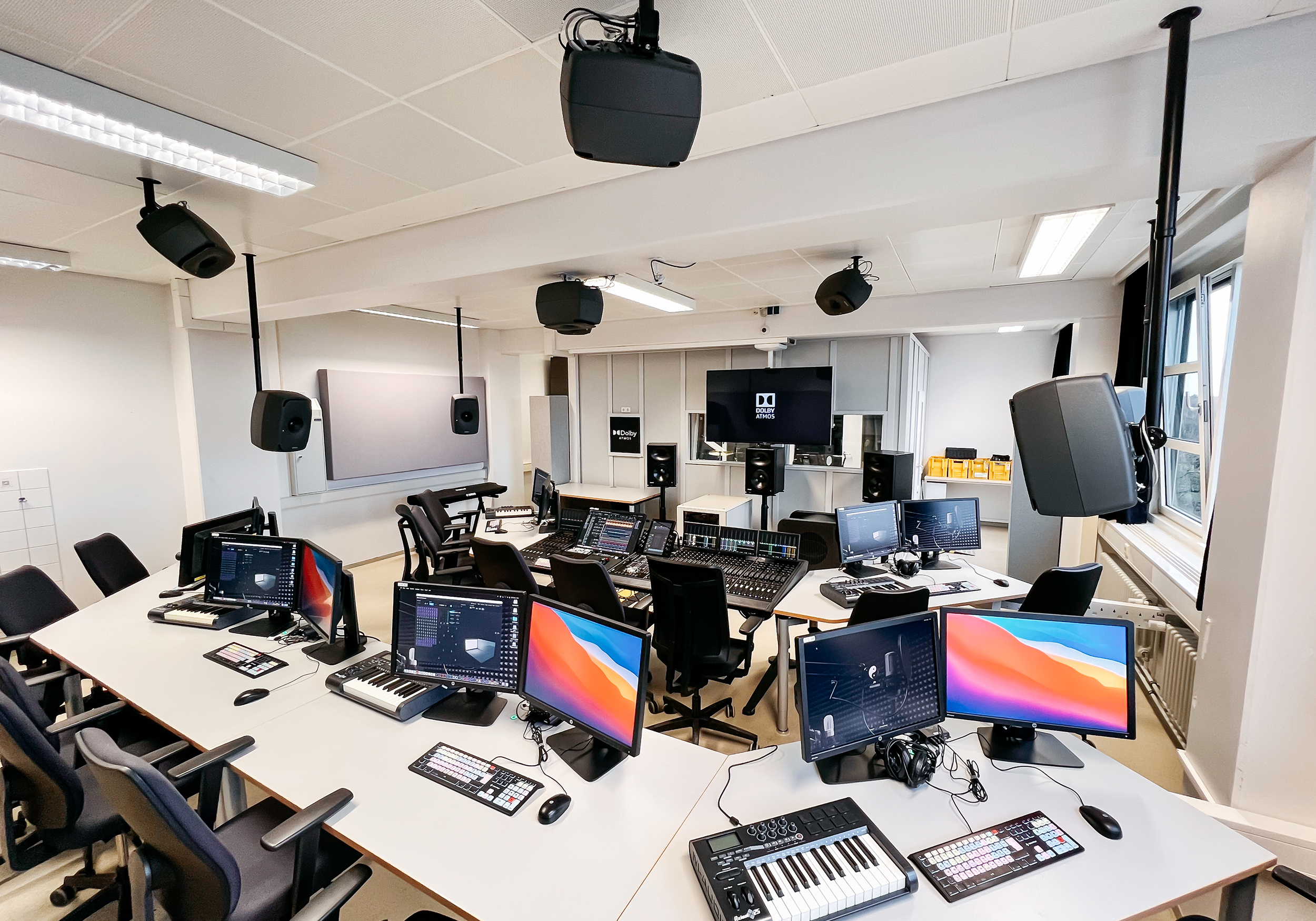 “The Ones models allow for very good sonic imaging even in more difficult seating locations, thanks to their wide dispersion pattern,” says Arne Heyna, Lab Engineer at the university. “Genelec speakers have powerful performance, and we are thrilled with the sound!”

Additionally, GLM software played an important role in the new studio by efficiently configuring all the monitors. “There are only a few systems that can calibrate a sufficiently large number of monitors at the same time. We did not only plan for Dolby Atmos formats, but also equipped the studio with fulldome projects in mind, and here, GLM was very helpful in calibrating the different setups. This was a crucial point in choosing Genelec,” Koch explains.

“It’s very nice to make measurements and corrections easily and quickly without a lot of manual work,” Heyna adds. “We were surprised to see how well and easily this works with GLM, and by the possibilities there are for subsequent individual adjustments. It’s also great to be able to save the calibration settings directly to the monitors, so they can wake up with the same calibration over and over again. This is definitely a welcome relief in an already technically complex work environment.”

GLM was very helpful, and a crucial point in choosing Genelec.

The room’s entire signal routing and monitoring has been programmed and configured from stereo music production to 9.1.4 Dolby Atmos and 10.1.4+1 fulldome mixes – including backwards compatibility with previous technology set-ups – meaning that the upgraded space provides everything the university’s team was looking for. “It was quite an elaborate process, but also a very exciting and instructive one,” Heyna recalls.

“Another challenge was familiarising ourselves with Dolby’s technical and format-related specifications, since we wanted to implement as much as we could ourselves, to understand the whole background and context,” adds Koch. “We could have hired a planning office for that, of course, but instead we wanted to achieve as much as possible independently. So once again I designed the studio in advance, this time to scale in a 3D modelling software, for perfect speaker orientation.”

Heyna concludes: “Students’ feedback has been great so far – everyone is really excited about the studio’s new sound and look.” 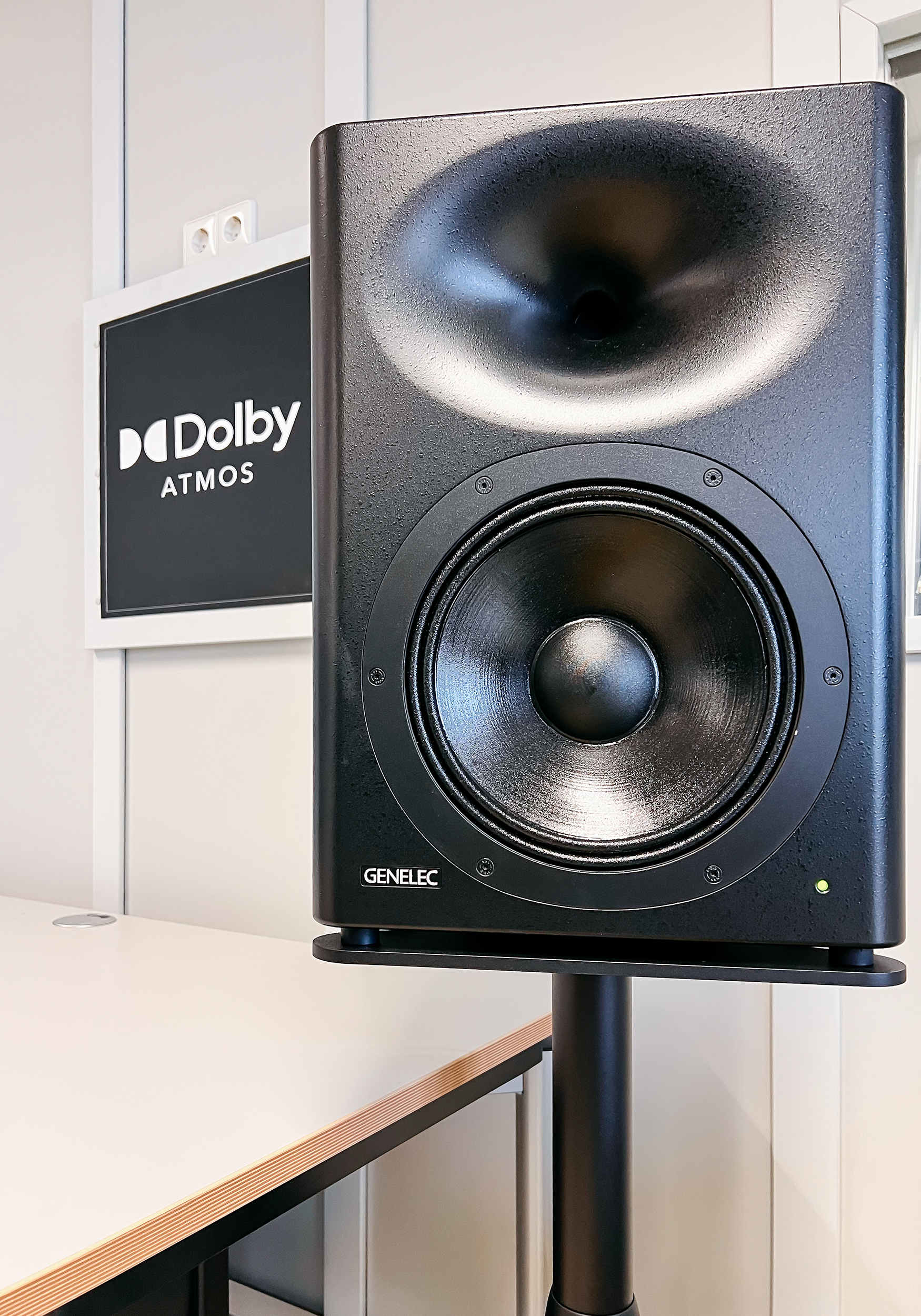